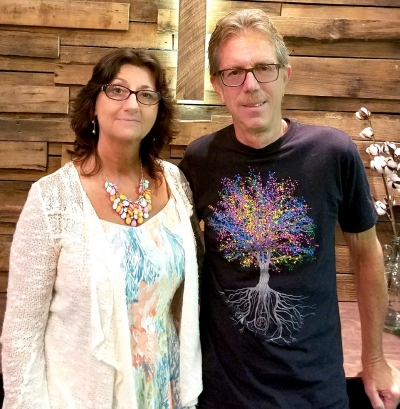 Unlike many Christ followers, I did not have a relationship with Jesus at an early age.  Growing up in Chicago and despite having a Roman Catholic background, I was a bit of a misguided youth, left to my own devices and poor choices that included extensive drug and alcohol abuse.

After wandering aimlessly for 25 plus years I knew a change had to be made.  I was functioning quite well as a human being, holding down a position as a letter carrier and dabbling in everything from baseball to music.  Yet at long last, I became sick of who I was.  The same was true for my then live-in girlfriend of 7 years, Terry.

We opted for a change of scenery and moved to Central Florida, intent on starting anew.  That’s where I first became aware of the transforming power of Christ.   After 2 years or so of procrastination, I finally attended a worship service at a small, local Baptist church.  Terry had already been attending there for a few months and had committed to following Jesus.  I decided to join her one Sunday with an open mind and heart.  At the conclusion of worship that morning, the pastor offered to share some information that I had wanted to know my entire life.  That was how to know for certain that if I were to die that very night, I would go to heaven.  The invitation to come forward and hear this good news from Scripture was invigorating.  I waited for the stampede of people rushing to hear this untold secret.  When no one else moved I remained seated.  Later, Terry explained that I understood the invitation correctly and that everyone remained seated because I was the only one there who wasn’t saved.

Several days later, we ran into that pastor at Florida Hospital.  He, like us, had come to visit Terry’s mom who was recuperating from a recent heart attack.  We laughed about my misunderstanding and then he showed me straight from Scripture the good news of salvation.  That God’s one and only son had taken the punishment for my sin by dying in my place.  That by accepting Him as Savior and following Him as Lord I would be redeemed, forgiven and adopted into the family of God.  How ironic that I was healed from my spiritual illness in a hospital.

That was in July of 1998.  My girlfriend Terry had become my wife 16 months earlier. She resigned from her job at the post office in 2002 to minister and care for my elderly, ill parents as well as my aunt until they went home to the Lord in 2006 and 2007.  Terry has continued as a caregiver to her mother since 2010, as well as being involved in a prison Bible study ministry since 2001.  I continued working at the post office for 20 more years.  I finally retired in January 2015, affording me the time to try new ventures, which include serving on the benevolence committee at LifePoint, participating as a deacon of the church, and continuing as a member of the speaking team.  I am greatly looking forward to serving the next 3 years as an elder. 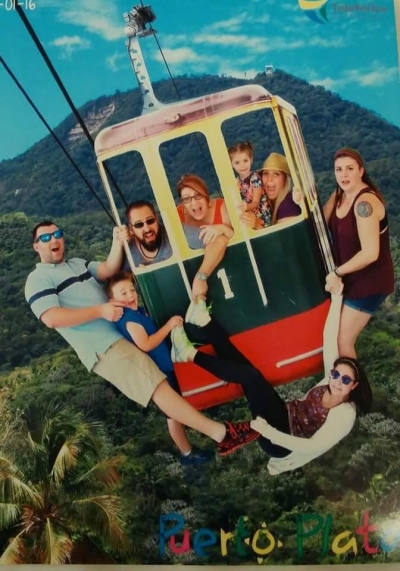 I was raised Roman Catholic and completely believed in a works path to get to heaven.  I knew that I was far from perfect and sinned quite a bit but I really wasn’t that bad.  In my mid-teens, I started to question if I could ever “make the grade.”  I started to get worried that I may have tipped the scale of God’s requirements to enter Heaven in the wrong direction due to sinning just a few too many times.

God was working in my life and through a series of events over the next few years; He opened my eyes and grabbed my attention more and more.  I studied different religions in college and even got to read the Bible in a secular English literature class.  The Bible was required reading for an English class on examining the Bible as a literary work.  Looking back on it, that’s one of my many personal examples how I know that salvation is really of God!  Throughout this time, I consistently felt like there was only one answer to truth and it resided in the Bible.  It was the only source that lacked contradictions, stayed consistent, and didn’t have a solution that required me to really “do” anything.  The “doer” was God, not me.  I really started to believe that the Bible was the only objective truth in this world but still wasn’t convinced.

My older brother asked me about my position with God. He encouraged me to read the Bible and pray to God for answers.  I followed his advice, started reading the book of John, and prayed to God for understanding.  For the first time, even though I read it before, John 3:16 made perfect sense to me and I understood it.  I believed that Jesus died for MY sins and THAT was the only reason I could get into heaven for eternity with God.  God did for me what I could never do myself, He paid the price for my sins through the death and resurrection of His son Jesus Christ…WOW, what a revelation!!!  Literally, I felt my eyes, heart, and mind opened to the truth that I had been searching for but never really grasped.

Over the next few years, I struggled to grow as a Christian because I just didn’t know how to do it.  That is until God brought a special woman into my life.  Roma and I met and on one of our first dates, she said to me that she could only date a Christian because she mistakenly hadn’t enforced that rule in the past and it caused lots of problems.  I was happy to tell her, “I am one!”  We committed to each other to grow closer to God first and grow to each other because of our relationship to God.  This year, we’ll be celebrating our 25th anniversary.

Roma and I have three amazing kids.  Douglas is our 32-year-old son and is a Sergeant for OPD (technically he is my stepson if you’re wondering).  Douglas is married to Ruthie and they have two gorgeous kids, Anthony and Giuliana (I am Nonno to these 7 and 5-year old’s).  Heather is our 20-year-old rock star/missionary and Holly is our 17-year-old kind-hearted, funny and loveable sweetheart.

We have been at LifePoint since 2013.  We host a small group Bible study in our home, have helped with the Deacon team, and serve in the Stir (which is a great way to meet people by the way!)  We love serving the church in whatever ways God makes available.  We are truly humbled to be asked to consider eldership and recognize the significance of the spiritual responsibility.  We trust that God will make it clear to us and to the church if this is His calling for us at this time.